I’m always impressed with how fast China can slap something together when it gets working on it. Case in point the movie version of You Are My Sunshine, which started filming in February and will be hitting the big screens on May 1st a mere three months later. It likely helped that the story is a romance with no special effects needed other than moody closeups. Granted it has arrive the sooner the better while the popularity of the C-drama version with Wallace Chung and Tang Yan remain fresh in the audience minds.

The movie version starring Huang Xiaoming and Yang Mi will condense the source novel Silent Separation by Gu Man even more to produce a dense two hour romance ride about college lovers separated for 7 years and find their way back together again. The supporting cast won’t have much screen time but the production has gotten some famous faces to pitch in including Angelababy, Amber Kuo, Tong Da Wei, C-supermodel suihe, and Tao (Huang Zi Tao) of EXO. The full movie trailer just came out this week and was quite a visual treat so check it out below. 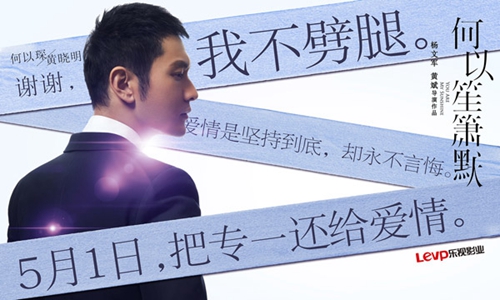 Movie trailer for You Are My Sunshine: