As more and more promotional materials come out for upcoming period C-drama Chinese Hero Zhao Zi Long (Chinese title God of War Zhao Zi Long), the more my heart sinks as this drama indeed looks like a hot mess. Of course it could always end up an unexpected delight, but it’s hard to feel optimistic anymore when leads Lin Geng Xin looks like he’s uncomfortably cosplaying a Chinese general circa a RPG game while Yoona is so out of place it’s like she wandered onto the wrong set from a period costume commercial.

This drama has a humongous budget and just sold overseas airing rights at a new record deal so it’ll likely recoup back buckets loads of dough, but being successful doesn’t equal being a good drama and I wanted to see a good drama more than a popular one. The drama is slated to hit the peak audience viewing time, with a premiere date set for August 2015 on Hunan TV. If the drama hits big then it’ll be Lin Geng Xin’s big break much like last year’s Ancient Sword Fantasy rocketed Li Yi Feng to super stardom. Check out the latest batch of drama stills and posters. 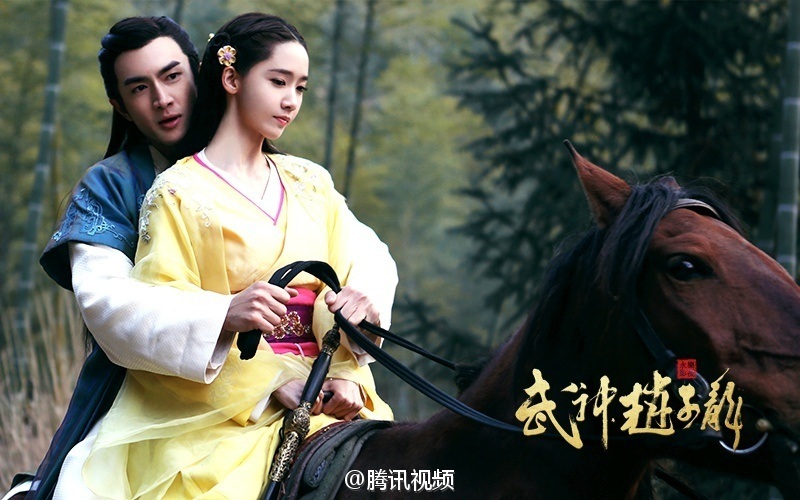