The clues are starting to come together about how Scholar Who Walks the Night plans to plot out the drama narrative, in ways that are wholly going to diverge from the source manhwa. I’ve read the entire source manhwa and quite like it, but I don’t have a problem with the drama going a different direction because the story really isn’t that wedded to the ins and outs of the narrative. The main draw is the vampire angst of Lee Jun Ki‘s male lead Kim Sung Yul, and that appears to be fully developed in the drama version.

The first stills are out of guest starring Lee Hyun Woo, who plays a yangban compatriot of Lee Jun Ki’s character in the drama. He’s described as knowing secrets of the palace that will land him in trouble, and my koala sense tells me he may be the reason Lee Jun Ki looks so utterly stricken in his last set of stills when he was staring at something on the castle walls. I could be wrong but the drama wouldn’t have such a recognizable guest star like Lee Hyun Woo without sending him off with a bang. I don’t mind that since it’s expected, I’ll just be sure to have tissues at the ready to drool and/or cry. 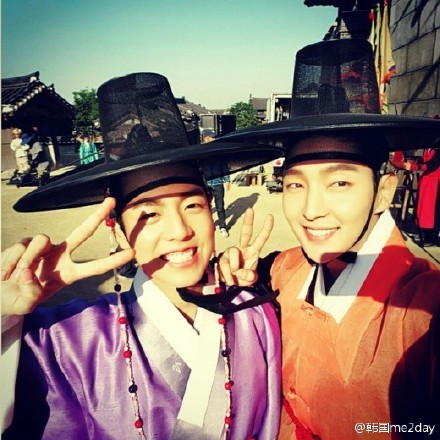