It doesn’t look like recently premiered MBC drama Scholar Who Walks the Night has the draw to become a buzzy hit either domestically or with online audiences, aside from those who like any of the leads in the cast or are in the mood for some potentially cheesy yet tasty star-crossed vampire romance. I’m both, plus a fan of the original source manhwa, making it a triple hit for me in delivering so far all the things that work for me in such a fantasy sageuk setting.

The acting isn’t anything award-winning, even Lee Jun Ki is just doing his Jun Ki thing and making it work, but it’s solid across the board from the entire main cast. I don’t find anyone a weak enough link to take me out of the narrative with cringeworthy acting. The one anticipated weak link could have been Changmin but he’s is nicely settled in with surprisingly good enunciation and sageuk line delivery, and enough onscreen presence to keep my attention when he’s on. I’m looking forward to the second week getting the present time line moving at a faster clip, and fully convincing me of the potential love line between Sung Yul and cross-dressing Yang Sun. 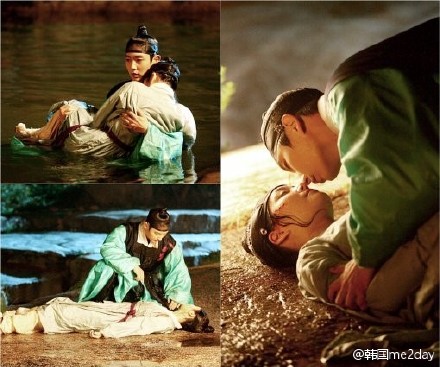