This is one of the smaller film festivals in Korea but the Bucheon International Fantastic Film Festival (BiFan) actually celebrated it’s 19th year holding the event this week. Not bad for a film festival held in one of the smaller cities in South Korea and with a smaller niche of fantasy movies such as supernatural, horror, and mystery. BiFan still showcases majority of its submissions from East and Southeast Asian countries, which have actually been leading the way in the supernatural and horror niche for many years now.

This year’s festival opening night was attended by some movie veteran faces less familiar to K-drama fans, but the K-drama popular acting talent did show up led by Lee Min Ho and Moon Chae Won. The two attended to receive the Producer’s Choice Award, and also reuniting them since starring in Mackerel Run together in 2007. Check out the red carpet walk below – there was one major fashion fail, I’m totally in love with Jung So Min‘s white lace dress, Moon Chae Won should have chosen a less heavily encrusted gown and definitely no short sleeves, and Lee Min Ho looked fantastic with the perfectly tailored tux and the nice hairstyle and color. 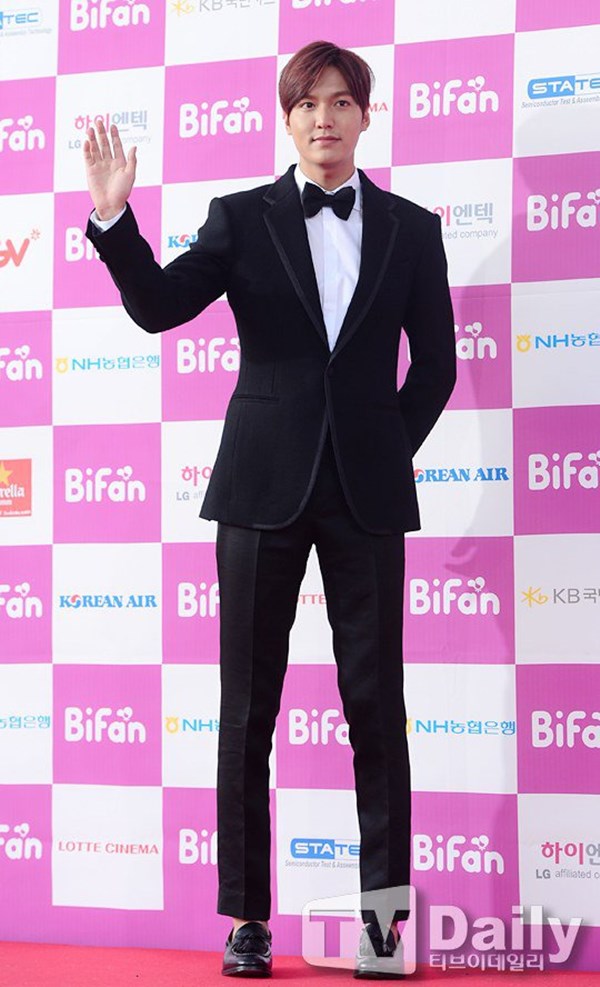