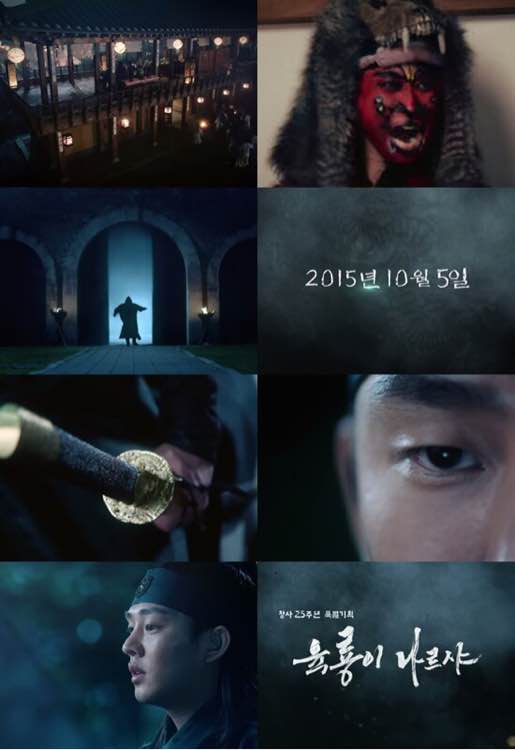 SBS doesn’t have the best track record when it comes to sageuks, with rival network MBC always putting out at least one long sageuk a year and KBS doing well with shorter and buzzier fusion sageuks. Keeping that in mind, I am so so soooooo excited about upcoming Mon-Tues long sageuk Six Flying Dragons, which will take over for Mrs. Cop this October and is slated to run for 50-episodes well into spring of 2016. Starring the one-two punch of Yoo Ah In and Kim Myung Min, the drama depicts the founding of the Joseon dynasty and the powerful historical personages involved.

Yoo Ah In plays Yi Bang Won, better known as the third Joseon leader King Taejong, while Kim Myung Min is famous political mind and warrior Jung Do Jeon who helps the Yi Bang Won’s father King Taejo start the Joseon dynasty. The drama tells of the early days of the Joseon dynasty and the political power plays in the courts and environs of a fledgling nation. Rounding out the cast is leading lady Shin Se Kyung as Yi Bang Won’s love interest, Jung Yumi as Jeon Do Jung’s wife, Byun Yo Han as Jung Do Jeon’s bodyguard, and Yoon Kyun Sang as Yi Bang Won’s bodyguard. The cast is exceptional as is but watching the first riveting teaser had me squealing with excitement, it looks just that good.