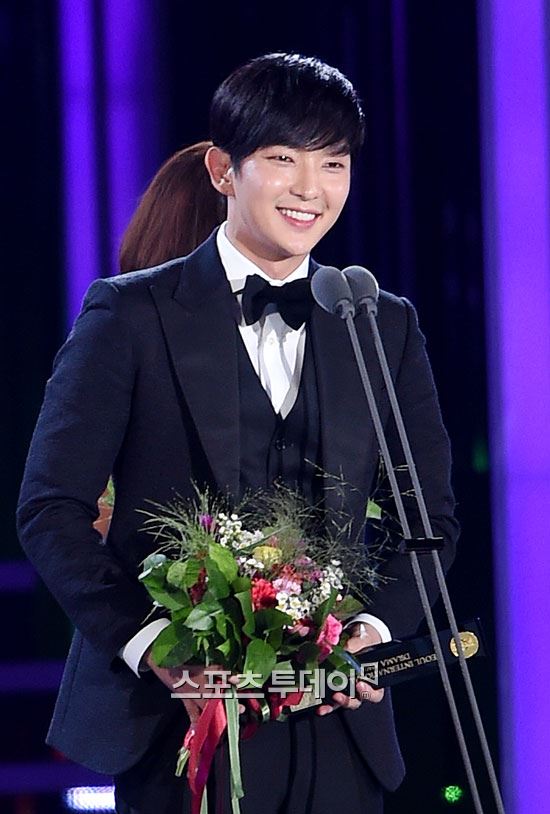 Are those flowers for me, Jun Ki-sshi? Clearly not, as my man was looking mighty dapper recently attending the Korea Drama Awards to receive a prize. It has been an odd year being a Lee Jun Ki super fan, I loved that he was cast in Scholar Who Walks the Night as the role being perfectly suited for him, but the drama ended up just not working for me at all the longer it went on, to no fault of Lee Jun Ki doing his best.

It’s only been two months since the drama wrapped and I was expecting him to announce his next project, but this one totally caught me off guard. Lee Jun Ki is going to Hollywood, y’all! He’s been cast as a supporting role in the upcoming Resident Evil 2 opposite series star Milla Jovovich. Lee Jun Ki is already filming the movie in South America and below is the first snap of kickass zombie fighter Jun Ki with his beautiful costar Milla.