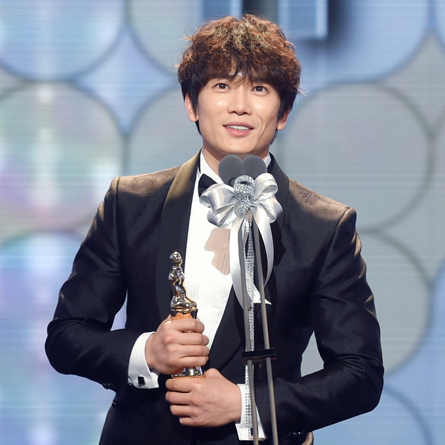 A big thanks to MBC for starting off the year end drama awards procession off right. The network was first of the big three to hold it’s drama awards and this year managed to not screw things up or piss audiences off. Ji Sung walked home with the Daesang (Grand Prize), capping off on a high note what has been a disappointing year of getting shafted at various awards for his incredible performance in Kill Me Heal Me. His costar Hwang Jung Eum was the other big winner of the night, taking home Top Excellence, Director’s Award, and Popularity.

The network passed around awards like candy all night, with most of the big stars who did a moderate to successful drama this year winning some sort of kudos, and even a catchall category called 10 Stars awards for ten well-known actors and actresses. Sadly the fashion was so uninspiring, with nearly all the ladies in solid colors of red, white, or black, with zero patterns or risk taking to be seen. The ceremony had tons of laughter (such as win Ji Sung and Park Seo Joon won best couple for KMHM) and tears (when Ji Sung won the Daesang). Check out the full list of winners below along with the safe fashion parade.