Just because KBS is the ratings pits all year doesn’t mean it can’t throw a fun awards party and reward the acting talent that has attempted to infuse some excitement and life into the network’s drama. Things were going swimmingly at the 2015 KBS Drama Awards until the biggest award of the night, whereby KBS manage to split the baby and piss off K-netizens who love seniority respect and dislike overly awarding someone. The Daesang went to both veteran actress Go Doo Shim (for two dramas on KBS) and Kim Soo Hyun for Producer (in which he was but one lead among four co-leads).

It’s probably not as absurd as when MBC split the Daesang between Kim Myung Min and Song Seung Heon way back when (still a riot whenever I think about it), but ultimately Kim Soo Hyun’s wonderfully sincere and solid performance in Producer was simply not Daesang worthy however one slices it. Oh well, at least there was more fun fashion to gaze upon, and seeing Kim Soo Hyun and Cha Tae Hyun win one of the Best Couple Awards of the night and flirting with each other. It could have been worse, right? 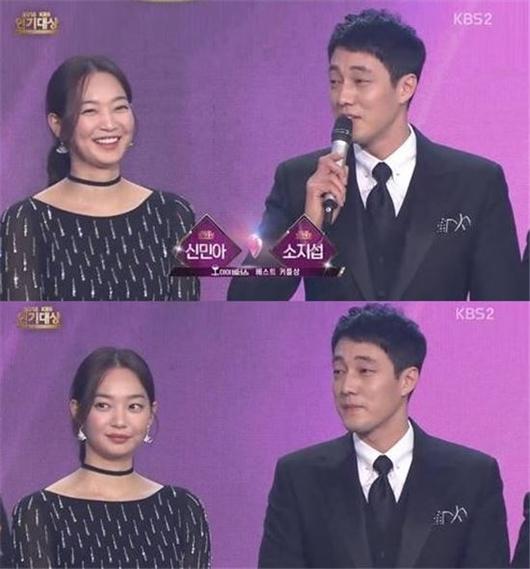 So Ji Sub and Shin Mina