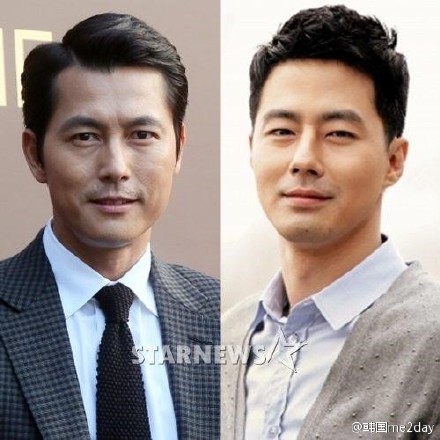 Talk about a long awaited pairing of flower boy actors across a generation. The upcoming dramatic movie The King has finally finalized casting and landed two A-list actors to boot. Jung Woo Sung and Jo In Sung will be headlining the movie to start filming later this month. This movie has been in the works since middle of 2015, and even back then was rumored to star Jo In Sung. I’ve no problem with Jo In Sung doing a movie, especially since his last two movies were totally intense and memorable with A Frozen Flower and Dirty Carnival. It’s just a shame for a drama lover like me that he’s doing a movie since it means the chances are lower that he’ll also do a drama in 2016. Jung Woo Sung has been a movie star for the last twenty years, and his recent return to K-dramas haven’t correctly utilized his charisma and potential, so better that my I Lub You stuck with the big screen. The two men will play best friends from childhood who grow up into opposite career choices – one is a prosecutor and the other a gangster boss. Everyone has one of those love-hate frenemies, right?

I’m already salivating over the visual doubling down of two equally tall and imposing male leads in the same movie. They also have similar intense acting styles. This is going to be so worth checking out.