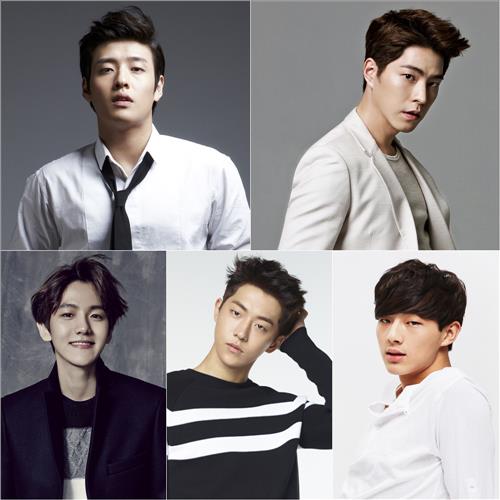 A day after the leads of soon-to-start-filming period K-drama Moon Lovers confirmed final casting in Lee Jun Ki and IU, now the rest of the cast is also locked down and more importantly got specific character assignments. This is good news even if fans of the original work in novel and C-drama Bu Bu Jing Xin have issues with the K-version casting, at least there is more certainty around the proceedings now. First off, the K-drama name is going to be Bobogyungsim: Ryeo, which adds the word Splendor behind the Chinese title of Bu Bu Jing Xin, so not sure why the English version is Moon Lovers.

The drama is basically mashing together 2nd Prince and 9th Prince into Hong Jong Hyun’s 3rd Prince, which is fine by me, though 9 really had his own super sad arc as the drama wound down. Nam Joo Hyuk as 13 was what I guessed and honestly his acting will have to improve by leaps and bounds to even touch what Yuan Hong created. If I got to cast, I would switch Nam Joo Hyuk and Ji Soo’s role, with Ji Soo playing 13 and Nam Joo Hyuk playing 14. I adore 14 but he’s really a giant golden retriever, and doesn’t require all that much acting nuance to play him. 13 is an incredible role and HOMG can we all just close our eyes and imagine Ji Soo angsting, especially after the court confrontation scene and he’s sentenced to exile. Umph to the nth degree.

10th Prince is harmless and Baekhyun will do just fine, be cute and have his own bickering romance with his own second female lead off to the side. I’m having the most problem imaging Kang Ha Neul as 8th Prince, because that role requires him to be equal in intensity, power, and presence as Lee Jun Ki’s 4th Prince, and I really can’t picture it right now. Nicky Wu and Kevin Cheng were equals in every way, their ages being the same at slightly over 40 years old when they filmed the drama was just perfect. Lee Jun Ki is 33 and Kang Ha Neul is a young 25, he actually feels young to me onscreen, which isn’t a bad thing except when he’s asked to play older. Then I think it’ll be a visual stretch. Despite all the initial maybes, I’m still optimistic this won’t turn out a trainwreck.