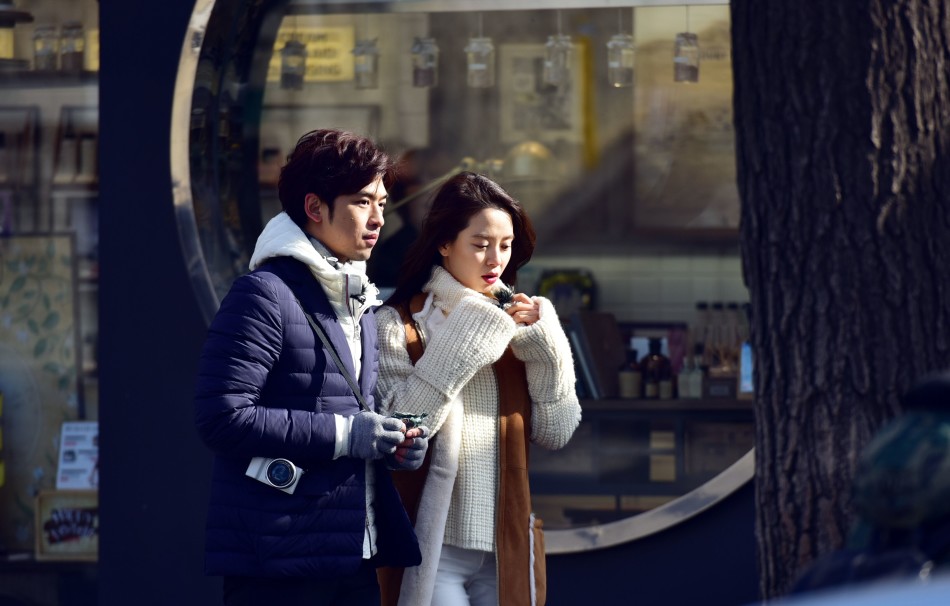 I think the We Got Married franchise ought to have perfected its brand of dedicated fanservice romance by now. With nearly a decade of selling mostly well selected star couplings, the show has branched out in global cross border editions (memorable pairings like Taecyeon–Gui Gui or Puff Guo–Heechul), and has now been licensed to China for its own version. Season 1 of the Chinese We Got Married, called We Are In Love, had a cross border couple of Choi Siwon and Liu Wen, and now season 2 one ups the star power by joining onscreen together Taiwanese actor Bolin Chen and Korean actress Song Ji Hyo. Bolin landed in Korea earlier in the week as filming is now underway, with the two snapped having a picturesque street date. Stars really have that aura because Bolin and Ji Hyo exude this glow and visual pop even strolling down a street. This is starting to look like a must watch just to see how their brand of language barrier bonding will look like.