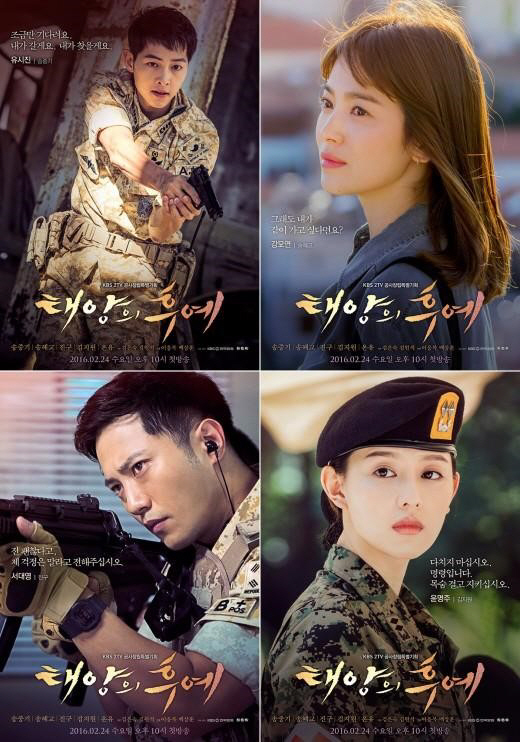 Music is a huge deal for me in my drama watch experience. I don’t recall there being any drama faves of mine where I didn’t at least like and most likely loved the OST. It’s so crucial to setting the mood and from the sound of things Descendants of the Sun at least has a talented soundtrack guru. The drama released four individual character posters today along with teaser MVs for two songs off the official soundtrack. There is the requisite ballad “Always” by Yoon Mirae, and a nice surprise in brooding melo “Runaway” by now in the army Jaejoong.

I liked both songs way more than the individual posters which are so unspectacular and forgettable I have no words. It’s taking a still of each main lead from the drama and slapping a background and words on it. Poor Kim Ji Won even looks photoshopped poorly in her poster, with only luminous looking Song Hye Kyo coming out unscathed in this visual thirty second effort. I’m also annoyed that Song Joong Ki‘s still is the only one that is not a torso closeup, consistency people! Sigh, at least listening to the teaser tracks help wash away some of the disappointment. 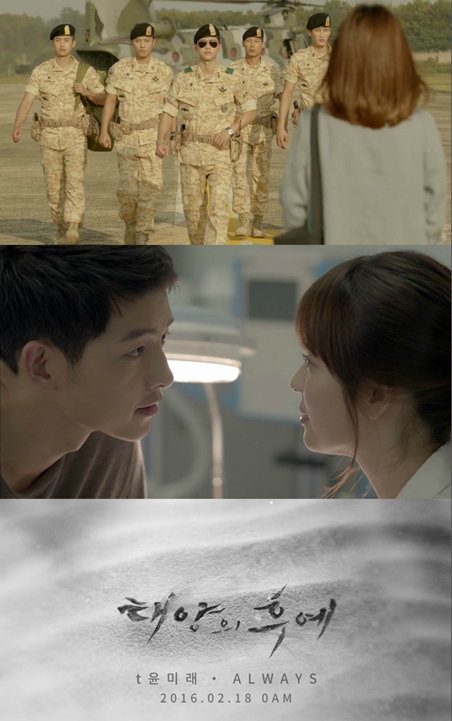