Filming is underway for the next MBC mega drama, the Mon-Tues slated 50-episode Monster (Tyrant), which really can do with a better title if you ask me. My gut tells me MBC is trying to harken back to the glory days of dramas like Giant, behemoths that truly lived up to its larger than life narrative scope and garnered equal ratings to gloat about. Those days are over in terms of ratings, but if Monster can capture the same intensity and slow burn of Giant then I’m all for it having a generic drama title.

The sprawling cast sat down for a script reading this month and the production released pictures this week, with too many familiar faces to name but plenty of talent to go around. Kang Ji Hwan headlines as well as reunites on television with Sung Yuri nine years after Hong Gil Dong, not to mention they will be going head-to-head with their HGD costar Jang Geun Seok who is starring in Daebak (Jackpot) over on SBS. The ending of HGD was about as rocks falls down as it gets so hopefully the second go around with Kang Ji Hwan and Sung Yuri scratches the happy ending itch for everyone. 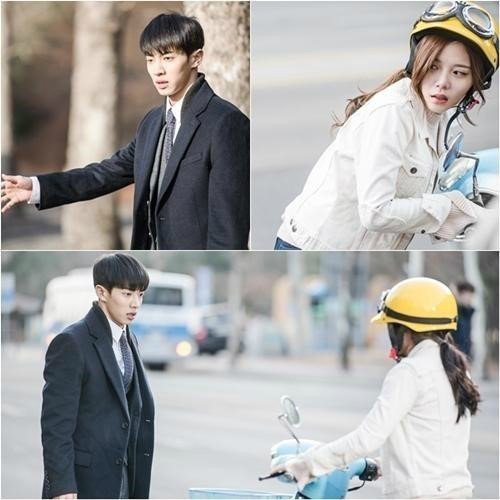 With a 50-episode drama there is bound to be a protracted childhood sequence, and in this case it’s more like a teen/young adult sequence. Lee Ki Kwang and Lee Yeol Eum play the younger counterparts of Kang Ji Hwan and Sung Yuri.