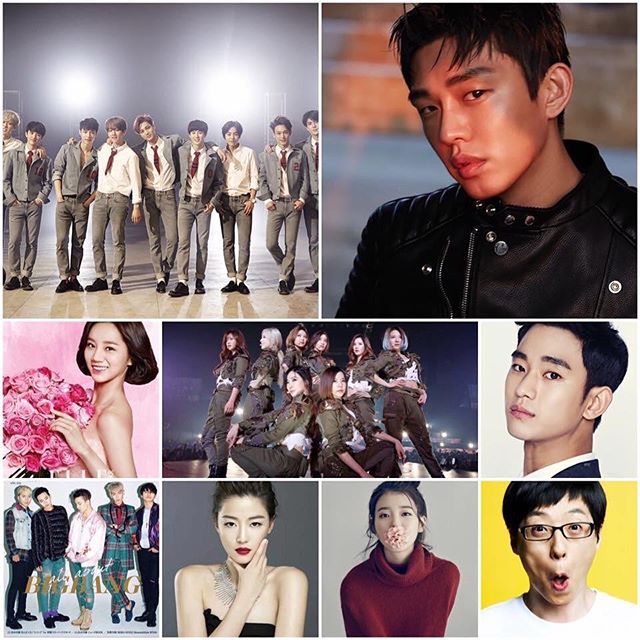 The list is out for Forbes Korea magazine’s annual ranking of the 40 Most Powerful Celebrities, a ranking that takes into account a whole host of factors including buzz, name recognition, successful projects, number of CFs, and so forth. I hope to forestall useless arguing since just because you/he/she think your oppa or unni is the most popular person on the planet doesn’t make it so, just sayin’. The biggest shocker of all power surges has got to be Hyeri of Girl’s Day who went from nowhere close to edging on the list last year to being a whopping #3 this year. Oh how one Answer Me 1988 and some aegyo will do for a career boost. She’s the first girl on the list, with the #1 spot going to EXO and Yoo Ah In impressively landing on #2. Yoo Ah In squeezing past Kim Soo Hyun (#5) in the actor category is quite a feat. The highest ranking actress on the list remains Jeon Ji Hyun at #8, and while K-netizens seem to hate IU she’s sitting pretty at the #9 spot. Check out the full list below. 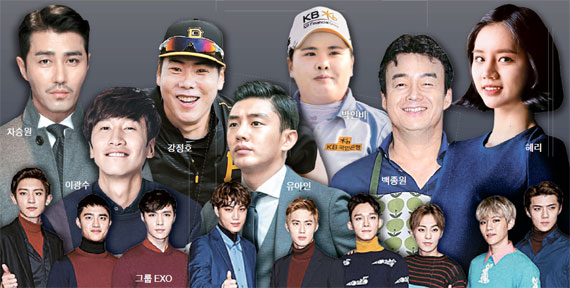