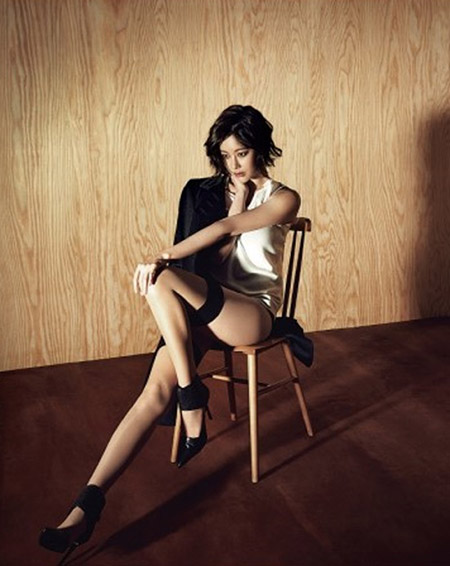 I don’t know if Oh Yeon Seo has always been this good of an actress, or has gotten better now in Please Come Back Ahjusshi, or I was simply too hard on her in the past. She was never an actress that appealed to me on either looks or acting style, but in the last two years she’s made it as a drama lead thanks to the success of Come! Jang Bori which led to getting the prime time sageuk Shine or Go Crazy. I’m now a convert as she’s so unbelievably fantastic in Ahjusshi that she steals everyone’s thunder, maybe with the exception of veteran Kim Soo Ro.

It’s fitting that Oh Yeon Seo and Kim Soo Ro are playing the same character in Ahjusshi, he’s the gangster with a soft heart and she’s the female version of said gangster after getting a second chance at life. It’s physical comedy, voice acting, mannerisms that are exaggerated yet come across so believable. She’s the reason I’m following along with Ahjussi, and for that here’s the most recent fashion pictorial with Oh Yeon Seo in Arena magazine. It’s skewing towards funky bondage with a couture twist, and pretty or not Oh Yeon Seo is nailing the visual in a majorly sexy way.