Even though the two male leads of SBS sageuk drama Jackpot (Daebak) are exactly 10 years apart, with Jang Geun Seok born in 1987 and Yeo Jin Gu in 1997, I have a good feeling the age gap won’t be a distraction onscreen when they play rivals. The production released two official drama posters each featuring the up close face of the male leads – Jang Geun Seok is seriously channeling his character in Hong Gil Dong and I’m not saying this just because both are sageuk roles, while Yeo Jin Gu looks like he could now be playing the adult version of the childhood character role he did so memorably in The Moon Embraces the Sun. The production touted this as the Joseon version of revenge gambling drama All In, and if that’s really true then both male leads need to hold their own to really sell the constant one ups-manship. I’m liking the intensity from both in the previews, especially in the contrasting looks where Jang Geun Seok is the pretty flower boy while Yeo Jin Gu channels the manly rugged features. 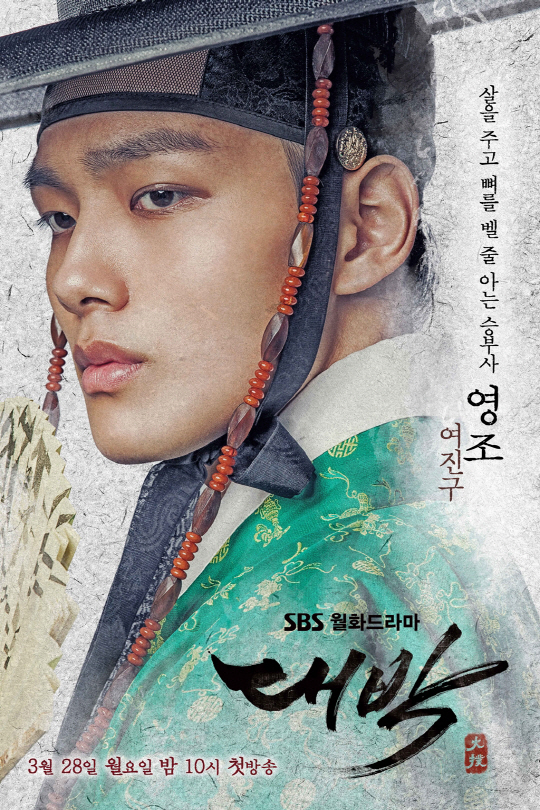