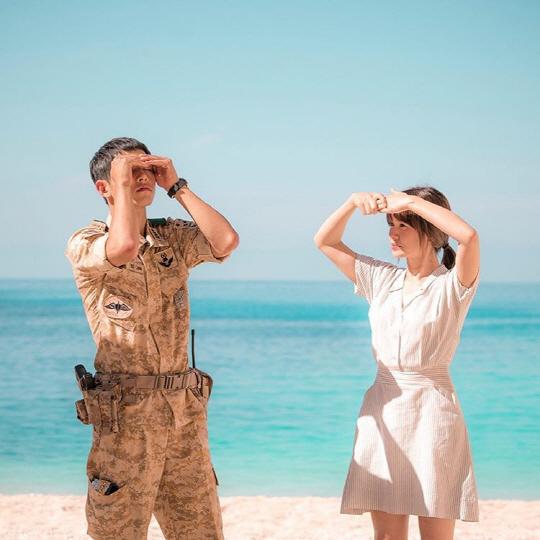 The C-news is reporting on a possible ending spoiler making the rounds for Descendants of the Sun, which has a distinct possibility of being true rather than wholly impossible considering the drama is pre-filmed and the entire drama was submitted to China’s SARFT, or whatever ridiculous acronym it’s going by now, hence someone(s) outside of the production has laid eyes on the filmed ending. I’ll keep it after the jump for those who don’t want to be spoiled.

On a side note, episode 6 of DotS surpassed the highest per episode rating for You From Another Star which was on its final episode, making this the new champion K-drama success story for future projects to beat. Despite the high ratings reached so quickly, for some reason I don’t think DotS will match the buzz that YFAS achieve in China on all levels whether narratively or on the pop culture items like fried chicken and beer. Of the two, I connect more with DotS but find YFAS, all flaws notwithstanding, the more innovative concept of the two.

So the ending spoiler making the rounds in the C-web is that Song Joong Ki’s Captain Yoo Shi Jin will die at the end of the drama, and Song Hye Kyo‘s Dr. Kang Mo Yeon will end up teaching/volunteering in a remote developing area. No word on how this all comes about but reportedly the leaked ending is from the complete drama submitted to SARFT for approval.

I totally could see the leak happen, once a drama is pre-filmed then there is always spoiler potential. If this is the ending imma going to throw a desk, up to episode 6 I don’t care if the OTP doesn’t get a happy ending since I’m not crazy invested in them yet, but between the two I want Shi Jin to live and if one has to die then Mo Yeon is my sacrifice. My flirty soldier boy needs to buck the odds and live on!