New C-drama alert, and this is capturing my interest from the outset. Production will soon be underway for the C-drama adaptation of the popular romance novel A Lonesome Fragrance Waiting to Be Appreciated (孤芳不自賞 Gu Fang Bu Zhi Shang). It’s actually more aptly translated as A Fragrance Does Not Appreciate Oneself, meaning that a catch requires an equal soulmate to appreciate in hand. The novel immediately wins bonus points for being female lead-centric and making her successful by smarts rather than beauty. The story revolves around a fictional four kingdom warfare era in ancient Chinese history, and the young female war strategist Bai Ping Ting finds herself caught between loyalties and a passionate love with the rival princely general Chu Bei Jie of her enemy kingdom. She’s described as rather ordinary looking but highly admired and desired for her unparalleled intelligence and many talents. The drama just cast popular actor Wallace Chung as male lead Chu Bei Jie and Angelebaby as the titular Lonesome Fragrance herself Bai Ping Ting. I’ve grown fond of Angelababy thanks to Chinese Running Man and her performance in Yun Zhong Ge wasn’t bad other than the drama being bad by itself. Wallace is just love after his perfect performance in My Sunshine, so for now I’m cool with these two getting a chance to rock the screen. 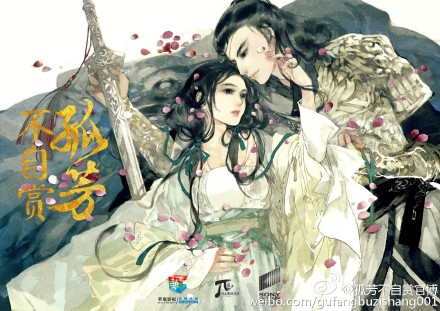