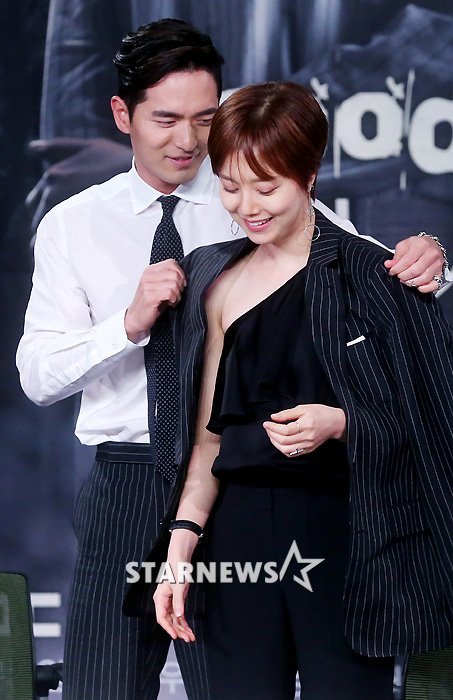 It’s undoubtedly a steep hill to climb for Goodbye Mr. Black to bring in the drama viewers when it premieres this week. Any new drama has its work cut out to lure viewers in because of an interesting story or a fantastic cast, but that feat is future burdened when there is a hit already airing on the competition networks. Please Come Back Ahjusshi is not threat over on SBS due to low single digit ratings six episodes in, which are actually lower than I think it deserves because Oh Yeon Seo‘s performance so far is simply sublime.

The behemoth to conquer is KBS‘s Descendants of the Sun with its record setting ratings among recent year prime time dramas. I’m not going to say DotS is an unscalable mountain and I’m a sucker for an underdog story as any. I adore Moon Chae Won, Lee Jin Wook is a capable choice for a revenge driven betrayed man, and Kim Kang Woo is nearly perfectly cast as the betrayer antagonist. The four leads were uniformly decked out in elegant and sophisticated attire for the press conference as the long preview rolled to tease this Wednesday’s premiere on MBC.