It’s nice to see Lee Min Ho out and about this past week attending a sportswear event for Eider, a company he’s represented for the past few years. Other than the drama news last month that he was going to be screenwriter Park Ji Eun‘s next drama, she of Producer and You From Another Star fame, things remain quiet on the acting front despite time ticking down to his military enlistment date. I think it would be great if Park Ji Eun’s next drama leaked some juicy spoilers to keep drama fans excited, it wouldn’t hurt for Lee Min Ho to leave for two years on a high note with one last successful drama, leaving fond memories with the public to set the stage for his return with new abs and a manlier aura. I’m talking Song Joong Ki‘s trajectory, of course, leaving with the critically acclaimed hit Nice Guy and coming back to ratings setting Descendants of the Sun. There will likely be new leading men filling the void after Lee Min Ho (and the rest of the 87’ers) leave for the military but I think fans hearts are big enough to simply add more hotties to the stable. As for Min Ho-sshi, I really hate this hairstyle on him which makes his face look huge and not in a good way. More hair and volume please, m’boy! 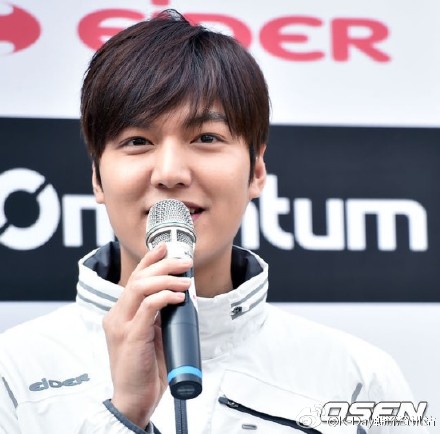