If I were a betting man I would abstain from picking the winner of the upcoming Mon-Tues K-drama ratings battle. There are too many variables in the air and none of three contenders have a sure fire hook going for it. I don’t even know which one I would click play first but I’m certainly going to check all three out for the first episode at least. SBS is keeping the sageuk streak by following Six Flying Dragons with Jackpot (Daebak or The Royal Gambler), billed as the Joseon version of All In but looks and sounds like the umpteenth variation on the battle for the throne conflict. Starring Jang Geun Seok, Yeo Jin Gu, Lim Ji Yeon, Jeon Kwang Ryul, and Choi Min Soo, the drama is about to premiere to stiff competition with Monster with Kang Ji Hwan and Sung Yuri and Park Shin Yang and Kang Sora in Neighborhood Jo Deul Ho, I think there is enough to go around for everyone. 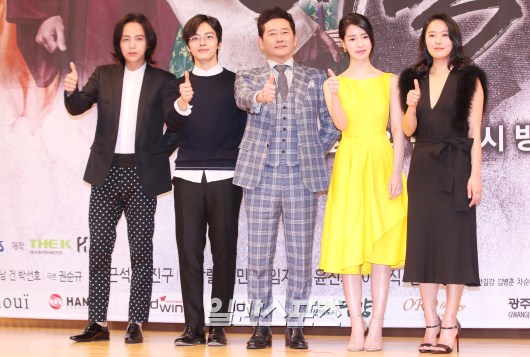