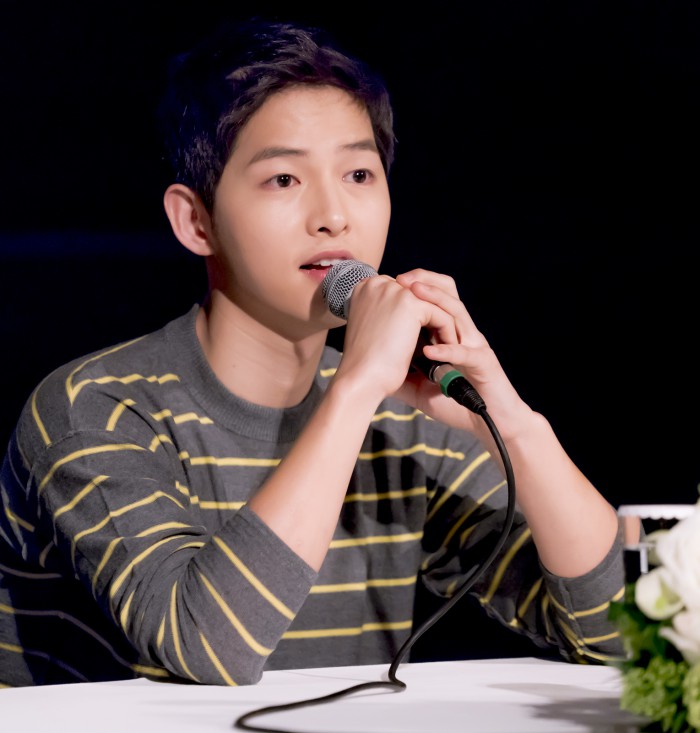 Now that Descendants of the Sun is over, Song Joong Ki‘s entertainment career is going to look a whole lot different in the near future. There is no word on his next drama but he has a movie lined up, and he’s certainly going to get his pick of roles and CFs. I still don’t think he projects a very masculine manly imagine despite buying him as military superman Captain Yoo Shi Jin, that was a romance novel type of dramatization and he sold it with the flirting self-aware confidence. He can do melos as evidenced by Nice Guy but maybe a classic rom-com could be great to keep his new found fans happy with more romance up his sleeve. He attended a press conference for DotS last week after the final episode aired where he discussed how meaningful this role is for him and laid to rest once more that his relationship in real like with costar Song Hye Kyo is to respect her as a noona with an impressive body of work behind her. 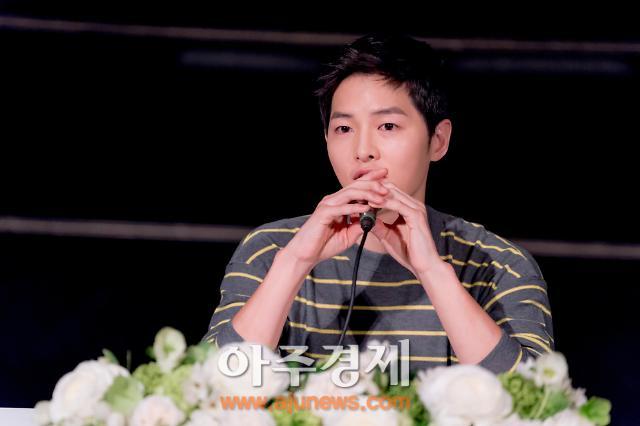