There’s news from the You From Another Star front unrelated to how Descendants of the Sun recently broke many of YFAS’s ratings records. It’s been two years since the monumentally popular drama and since then there have been murmurs of sequels, spin-offs, and remakes, none of which have happened. Last year the news cycle lit up with reports that the PD of YFAS discussed an upcoming sequel that was in the works but would not star leads Jeon Ji Hyun and Kim Soo Hyun. Talk about pointless on top of being a bad idea.

That news got picked up around other Asian media since YFAS is still so popular but this week the PD refuted that discussion and said no YFAS sequel will be produced, with or without Jeon Ji Hyun and Kim Soo Hyun. Whew. That doesn’t mean those two popular star won’t be seen on the small screen anytime soon – news about the nonexistent YFAS sequel came at the same time as two new updates about the leads. Jeon Ji Hyun has been offered and is considering starring in YFAS screenwriter Park Ji Eun’s upcoming drama which is also courting Lee Min Ho. And Kim Soo Hyun’s agency confirmed that he’s looking seriously at doing a drama this year before his considered enlistment next year for his mandatory military service. 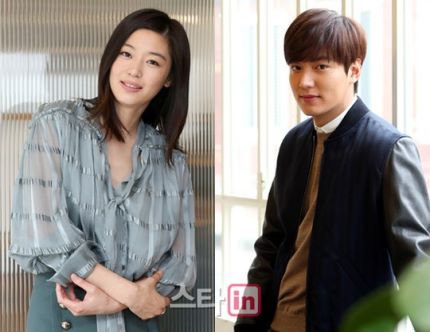 I’m thrilled there is no YFAS sequel but am not sure whether Jeon Ji Hyun is seriously considering doing Park Ji Eun’s next drama. She’s a new mom and is in no financial or popularity rush to hurry back to the grueling drama shoot schedule, not to mention she’s uber picky about dramas and YFAS was her first drama in over a decade when she decided to do it. Having Lee Min Ho as her costar isn’t bad for buzz since he’s also a top Hallyu star nowadays. As for Kim Soo Hyun’s next drama, he’s proven with Producer that he’s willing to go with trust collaborators and quality writing even if a role doesn’t lead to squeals over how cute he is. I hope he continues that quality over popularity barometer and picks something that could elevate his acting to new heights before he leaves for the military.