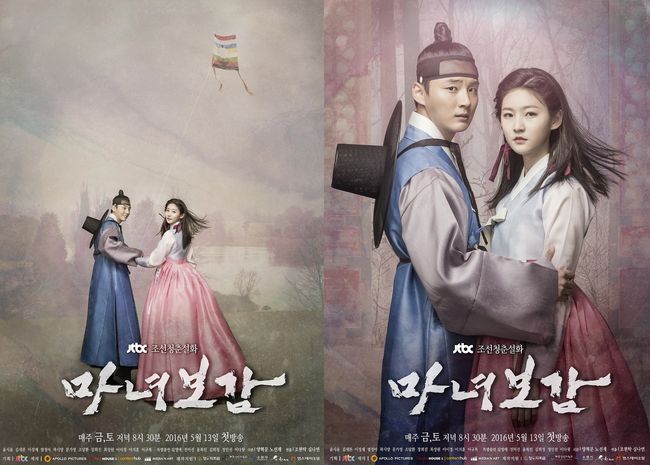 I may find upcoming cable network jTBC supernatural tinged sageuk Mirror of the Witch pretty as a picture in all the promos, but it’s still a tad nerve wracking to anticipate it knowing the big age gap between the leads who are likely to be playing romantic love interest rather than narrative leads. My charming cutie Yoon Si Yoon has returned from military service looking mighty fine and ready to dive back into his acting career by choosing to do his first sageuk role, and he’s getting a leading lady in Kim Sae Ron who has zero detractors in assessing her acting talent. But she’s still 16 years old and Yoon Si Yoon is 30 years, both in Korean age, and in the newly released posters and stills she reminds me of a teenage Sleeping Beauty in the forest aura rather than a woman who could be romancing Yoon Si Yoon in a drama. I really want to watch this drama and hope my reservations won’t hamper my enjoyment should the quality and story line turn out to hook my interest. New preview for Mirror of the Witch: