Leave it to Korea to mash up 28 Days Later and Snowpiercer, and then make me salivate to what what is essentially a derivative disaster thriller movie. The teaser is out for this summer’s big budget K-movie Train to Busan, starring my cinematic husband Gong Yoo in one of his most heroic incarnations ever. Train to Busan is about a virulent infectious disease outbreak that strikes South Korea in a fast spreading wave, think World War Z fast, and Gong Yoo leads a band of uninfected survivors thanks to being on a train to Busan when the disease spreads outside the confines of their captive mode of transport. The movie costars Jung Yumi, Ma Dong Seok, Choi Woo Shik, and little Kim Soo Ahn playing Gong Yoo’s onscreen daughter. No wonder daddy dearest is hell bent on surviving, he’s got a little angel to protect. Train to Busand will hop oversees to premiere in out of competition screening at the upcoming Cannes Film Festival, and if it’s as good as the teaser looks then look for a big hit this summer in the domestic box office. 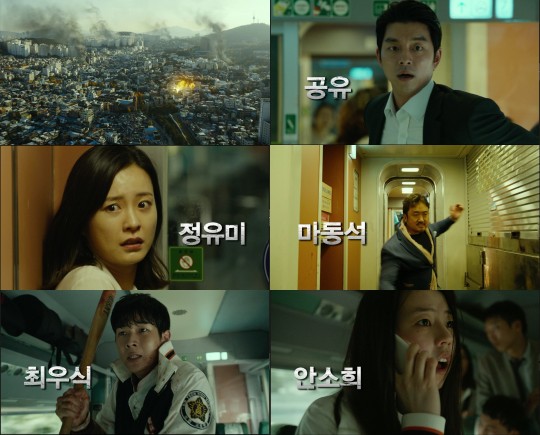 Teaser for Train to Busan: