The Chinese actresses in attendance at the opening night of the 2016 Cannes Film Festival slayed the red carpet as far as I’m concerned. Even minus usual red carpet fixture Fan Bing Bing, the ladies represented led by the glorious Ni Ni, the ethereal Crystal Liu, the elegant Li Bing Bing, and the forever glamorous Gong Li. It was a veritable buffet of red carpet worthy dresses on even more red carpet owning top C-actresses, but my personal favorite was from another Asian starlet – Thai-British actress Araya Hargate took my breath away in a confectionary pink strapless princess gown that would have looked out of place anywhere else but the over-the-top atmosphere of Cannes. I didn’t see any Korean actresses at the opening ceremony otherwise that would be a nice compare and contract to see how the top dressage styles fare on the same red carpet. 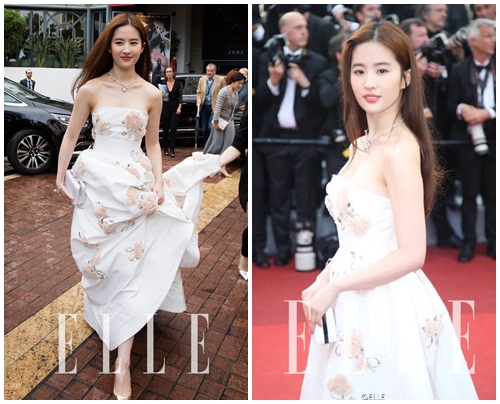