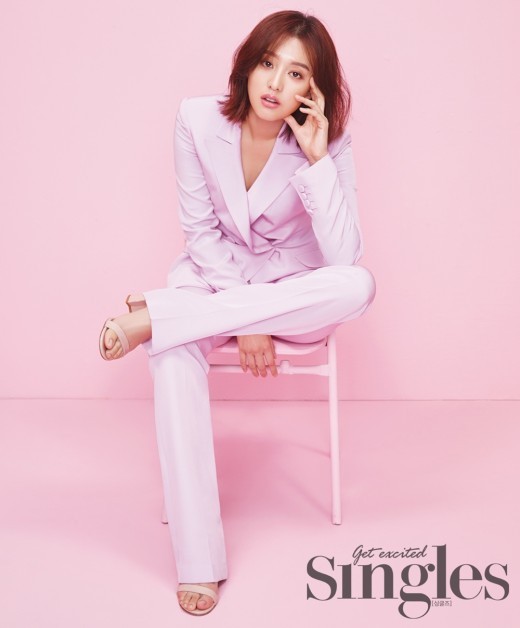 Of the four leads of KBS hit drama Descendants of the Sun, actress Kim Ji Won playing army doctor Yoon Myung Joo was the least well known of the cast. Her popularity has skyrocketed along with the other leads in equal measure hence she’s now been touted for prime time drama leads such as in upcoming KBS sageuk Moonlight Drawn by Clouds. She passed on it and the role eventually landed with Kim Yoo Jung but I have a feeling good things will come Kim Ji Won’s way and being selective now rather than speedy is the smarter career movie. She’s all pink this month for Singles Magazine, going for a mussy chic look in one shot and then dreamy feminine in another. Her role in Heirs showed me that she can take stereotypical bitch and make it three dimensional, and now added to that her performance in DotS was memorable even in a drama dominated by the two leads screen time. Her next role will be crucial to setting the stage for her next phase.