Good news is coming in waves for high profile cable network tvN drama Demon (Goblin) when it comes to casting. By the fame of screenwriter Kim Eun Sook alone this drama was going to get media attention, but it’s doing a swell job of filling out the cast with my faves and/or talented actors. With Gong Yoo and Kim Go Eun confirmed as the leads, Gong Yoo’s fellow mid-2000s Hallyu drama leading male star Lee Dong Wook is in talks to play the second male lead. Kim Eun Sook’s plot to work with all the smexiest Korean male stars continues unabated now that she’s potentially adding Lee Dong Wook along with Gong Yoo to her stable. I have nary a complaint with this casting other than wanting Kim Eun Sook to continue the trend of giving her second male leads their own story and love interest. Don’t waste Lee Dong Wook on a pining lovelorn role! 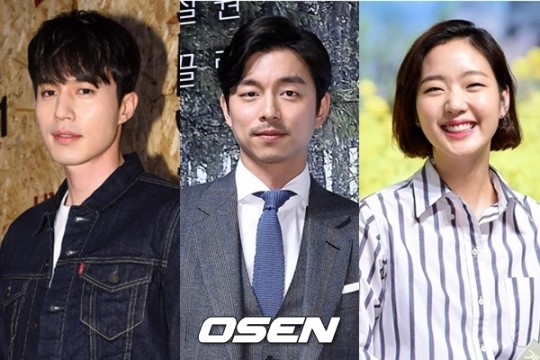 Lee Dong Wook is playing a grim reaper, those who bring the souls of the dead to the underworld. His character has lost her memory and ends up cohabiting with Gong Yoo’s demon who wants to become mortal and needs a human bride to be played by Kim Go Eun. Demon premieres in November on tvN Fri-Sat time slot.