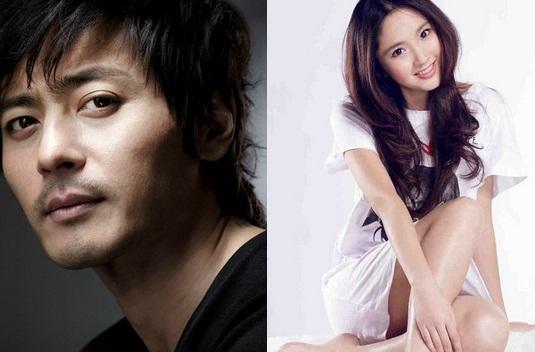 There’s a surprising new C-drama filming that starts off with landing a huge name in K-ent – A-list movie star Jang Dong Gun, one of the original flower boys, is in China filming an idol drama right now. Shocking, I know. Jang Dong Gun’s leading lady is C-actress Tang Yi Xin (Tina Tang), and he gets as second female lead TW-actress Puff Guo. The drama is iliterally called I Once Loved You, Thinking of You Makes My Heartache (我曾愛過你，想起就心酸), adapted from a C-novel of the same name.

It’s a modern drama and the age difference of 44 year old Jang Dong Gun and 26 year old Tang Yi Xin is apparently following the narrative as the love story is between an older successful businessman and a film student. I love Puff and don’t know much about Tang Yi Xin other than she looks a lot like my beloved Moon Geun Young, so with so little to go by I’m curiously interested in seeing what this drama turns into that it can lure Jang Dong Gun over, not to mention make his first drama in 4 years since A Gentleman’s Dignity.