Though it looks like for upcoming tvN supernatural drama Let’s Fight Ghost Taecyeon doesn’t have the reddish tinted hair he sported in Who Are You, which made him look considerably younger, the buzz cut and young man clothing choices still work to bring him closer to 20 than to his real age of nearer to 30. It was Kim So Hyun‘s birthday on June 4th, where she turned 17 years old in Western age (and 18 years old in Korean age), and Taec celebrated with his leading lady on set with a birthday cake.

She’s been playing high school students for successive roles and this time her high school student barely finishes schooling when she dies an unexpected death and becomes a ghost who later bickers and sparks with Taecyeon’s ghostbuster college student. I like how all her various drama high school student uniforms are different, this one with a red theme, which helps to distinguish which drama she’s in. I’m in no rush for her to grow up as soon she’ll outgrow these roles, for now she rocks at doing the combination of high school idealism with backbone. 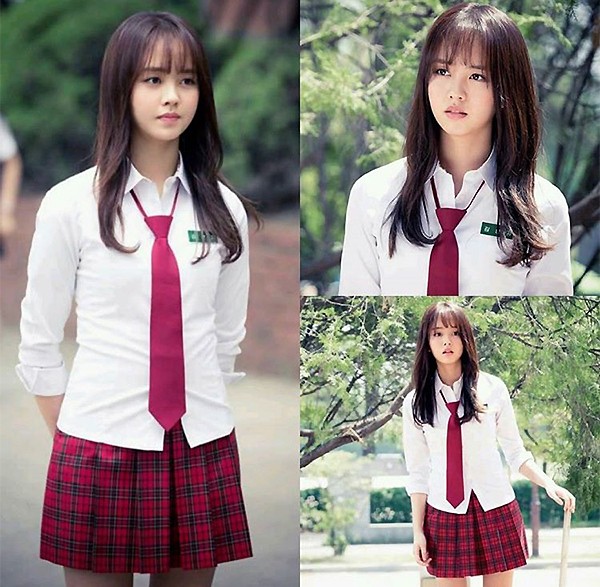