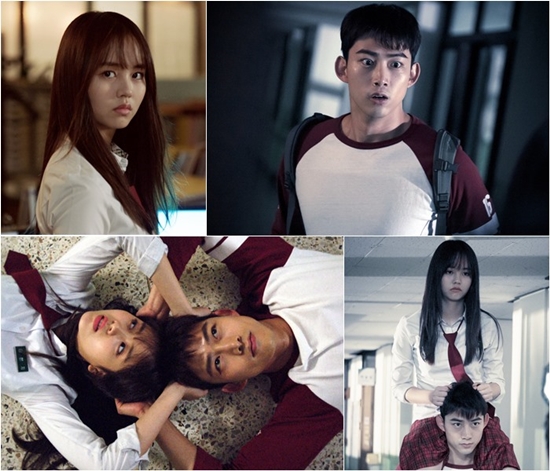 The more the merrier when it comes to tvN‘s supernatural summer time offering Let’s Fight Ghost, at least for me since the stills and promos have been better than expected. The first at leads Taecyeon and Kim So Hyun together came with their script reading stills followed by when he brought her a cake for her June 4th birthday turning 17 years old. Now comes the first look at them in character playing ghost hunter Bong Pal and untimely dead high school girl Hyun Ji.

I figure there’s no legit love line since one is alive and the dead hence the big game gap between them doesn’t bother me much, I do worry more about the big acting ability gap but from the second teaser showing Taecyeon in action, he’s likely doing rather and emoting more in character and for that he’s definitely got the build and muscles to pull off ably. I love the drama still where they are going at each other and pulling hair, that’s for sure some Korean style fighting moves going on.