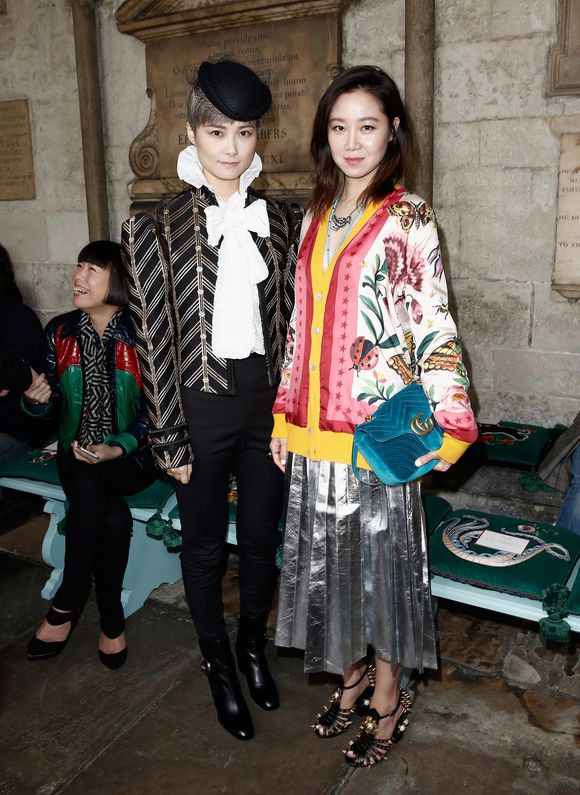 The choice of Gong Hyo Jin as the first K-star invited to the Gucci cruise collection fashion show seems like a no brainer, other than her and maybe Kim Min Hee there aren’t that many K-stars willing to experiment with couture. The fashion shoe was oddly held at Westminster Abbey in London, clearly a location that has never warranted pairing with cruise wear, which is the in between collection of couture houses for the winter when the rich folks head down to warmer climes. As hodge podge as Gong Hyo Jin’s Gucci outfit of tropical silk cardigan with pewter shiny pleated skirt looks together, she makes it so and I love it on her. I’m glad she’s swanning around doing fun celebrity stuff as filming will soon start for her late summer SBS drama Incarnation of Jealousy with Jo Jung Seok. 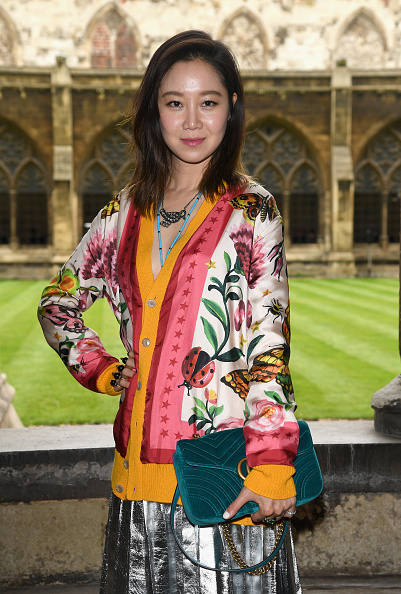 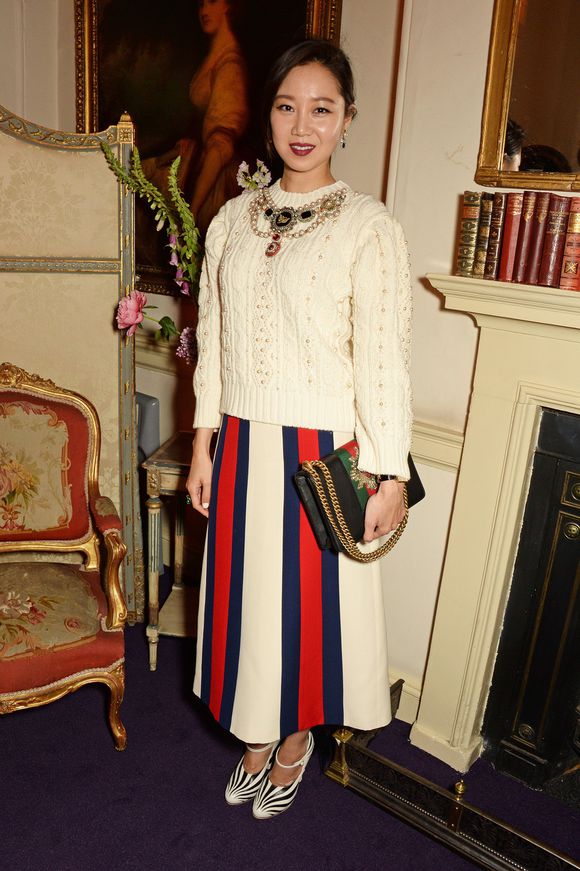