It’s the perfect time to check in with the K-drama adaptation of Bu Bu Jing Xin (Bobogyungsim: Ryeo or Scarlet Heart: Ryeo), with the drama confirmed to premiere on August 29th in the Mon-Tues time slot on SBS following the conclusion of medical romance Doctors with Park Shin Hye and Kim Rae Won. The drama is fully pre-produced and will air simultaneously in China and Korea, which means it needs to submit a completed cut to the Chinese authorities for approval, but filming hasn’t wrapped yet so there are still new goodies coming out from the set.

Male lead Lee Jun Ki has likely gone through an entire case of eyeliner by now and it’s a good thing his slightly androgynous good looks rocks the liner like no other. Below are the latest snaps of Jun Ki as well as other cast members, Baekhyun being dorky as 10th Prince, Nam Joo Hyuk impressively attractive as 13th Prince, Hong Jong Hyun‘s smirky 3rd Prince, Kang Hana as the warm princess to the various princes, and Jo Min Ki as the daddy King. 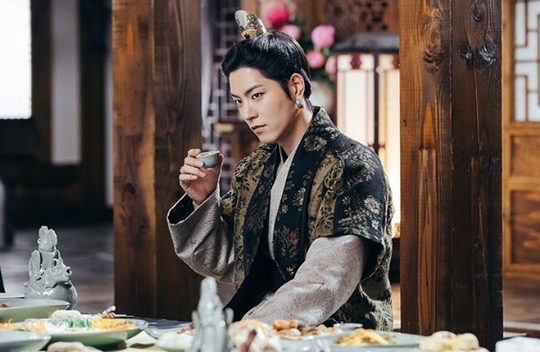