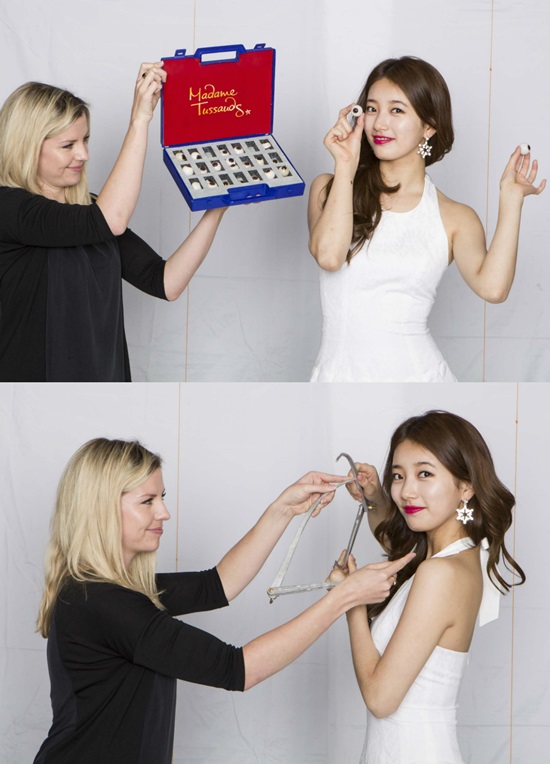 This story might have hilarious unintentional implications, but first off let’s get to the accolade part. Korean actress-idol Suzy of girl group Miss A and currently starring in KBS melo romance Uncontrollably Fond, will become the first Korean female star to have her own Madame Tussaud‘s wax figure. Suzy’s waxy doppleganger will reside in Madame Tussaud’s Hong Kong in the area called the K-Wave Zone, joining latest addition Lee Jong Seok‘s wax figure.

Too bad Suzy’s boyfriend Hallyu star Lee Min Ho’s wax Madame Tussaud’s self can’t be placed next to her, his figure is in Madame Tussaud’s Shanghai. It’s quite an honor to be the first Korean female star to have her own Madame Tussaud’s figure, but it certainly lends itself to further jokes about Suzy’s stiff or limited acting criticism, lol. I think she’s serviceable so far in the first two episodes of UF.