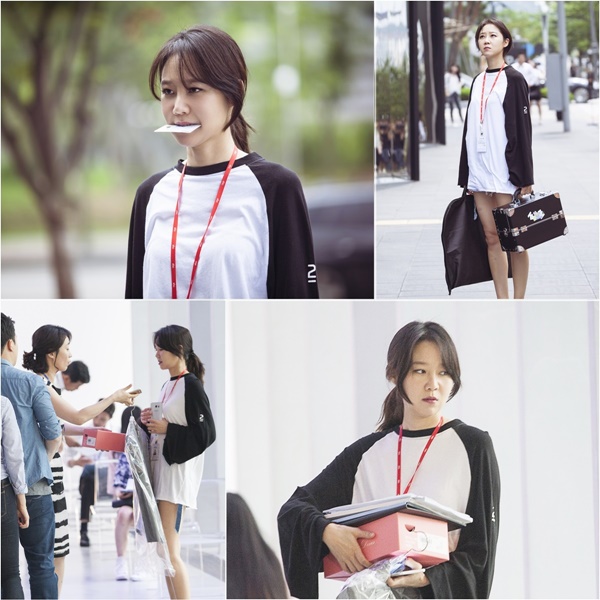 This is one upcoming K-drama that is filming comparatively under the radar, which is a good thing if the end results blow everyone away because it hasn’t been overly hyped. SBS landed Incarnation of Jealousy after a tug of war with KBS and this will be the drama to take over Wed-Thurs from kidnapping thriller Wanted, and will be followed by Legend of the Blue Sea. The latest drama filming stills show the three leads in various stylings that is designed to maximize their character personalities. Gong Hyo Jin is frazzled and boho chic, Jo Jung Seok toggles between reporter casual with requisite slight goatee and on air anchor snappy, and Go Kyung Pyo turns into a dashing mature professional.