Is six months enough time for the anger to simmer down over the promising start but falling off the rails ending disappointment over tvN drama Cheese in the Trap? Maybe a year away is better which is how long it will be when the upcoming movie version of Cheese hits the big screens next year in 2017. It won’t be produced by the drama production company but is instead a collaboration between the original webtoon writer and a Chinese-Korean joint film production.

It’s been in the works since drama Cheese ended earlier this year and will also star drama leading man Park Hae Jin in reprising the role of Yoo Jung. No one else from the drama will be returning despite the fact that the main drama leads were widely considered to be well cast and delivered on the role performances. I guess to start anew one must head back to the drawing board, and in this case the role of female lead Hong Seol has been announced will be cast via an open casting call. 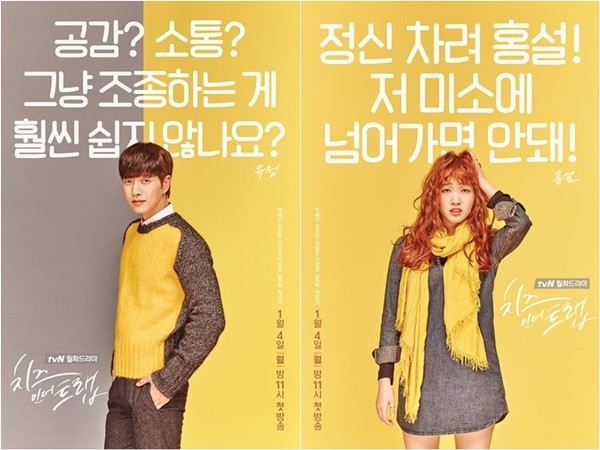 The production company is holding open auditions for the role of Hong Seol, open to Chinese and Korean actresses, to go through three rounds of selection. The first is a video submission, the top thirty will go to Korea and live together for group auditions, to be whittled down in the second round to ten, and finally the winner will be selected. The lucky actress will be the lead in movie Cheese as well as land an endorsement deal for one year to be the face of a top Korean brand.