Looks like the full set of drama posters is now complete for the Korean adaptation of well known Chinese time-traveling period novel Bu Bu Jing Xin (Startling with Each Step). Moon Lovers: Scarlet Heart: Ryeo will premiere on SBS Mon-Tues starting August 29th, and with it all these drama posters will get plenty of limelight and for that I’m mostly disappointed with the stylings. The C-drama posters were visually innovative and didn’t oversell the romance, instead focusing on the central position of the modern female lead who needs to navigate the palace intrigue and court battles of the historical era. Here the drama posters make the OTP romance of Lee Jun Ki and IU feel overwrought, and then another poster turns it into the typical K-drama love triangle adding Kang Ha Neul when the original was anything but typical. Oh well, not everything can be a win and I’d rather take a solid cast and great drama over pretty posters so SBS better give me the former when the drama airs.

And below is the first Chinese drama poster released a few weeks ago featuring the entire cast. Can we have this one for the K-version as well? 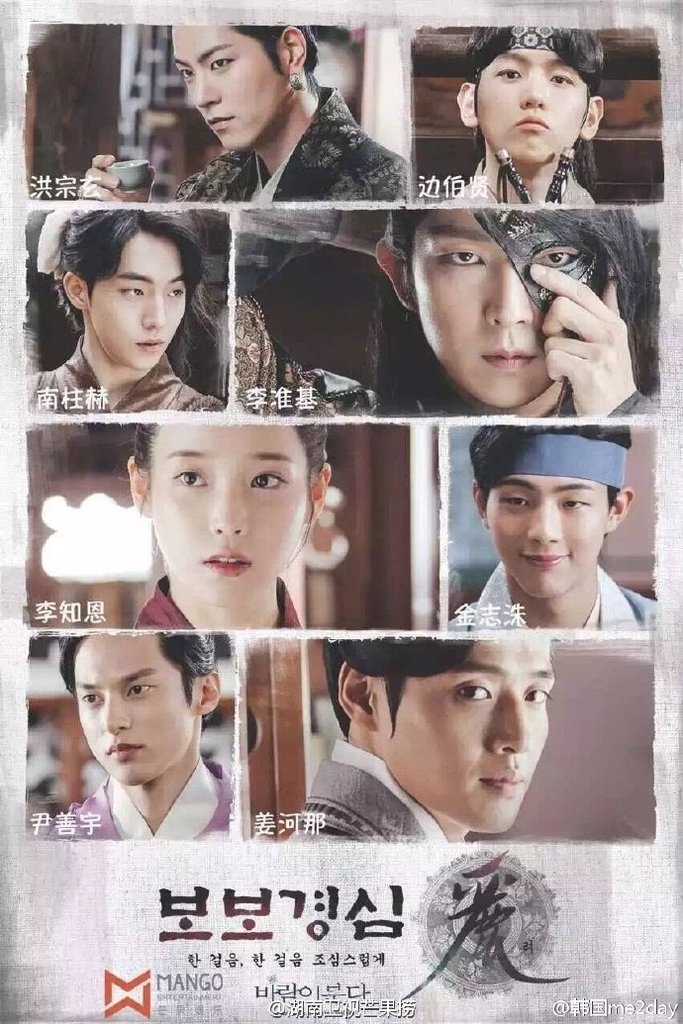