Tucked away behind the Big Three of current K-ent growing up child actresses, namely Kim Yoo Jung, Kim Sae Ron, and Kim So Hyun, are many more talented and precocious young actresses with plenty of potential all their own. I’ve been keeping an eye on Jung Da Bin for various reasons, mainly because she’s a fantastic young actress with great natural restraint in her acting, and also because she shares the same name as the charming early Hallyu leading lady Jung Da Bin who passed too early for her time. Little Jung Da Bin went from child to teen actress in my eyes thanks to a holding down the fort turn in She Was Pretty, and last week started the MBC weekend sageuk Prison Flower off with a solid effort as the teen version of the female lead. I hope she’s not thrust too early into being a leading lady and can continue to hone her craft in meaty age appropriate roles, much like this stylish and pretty BNT pictorial. 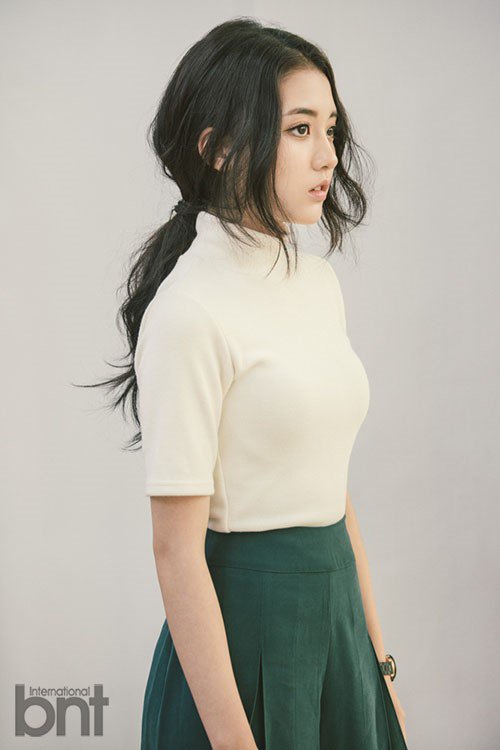