There are new goodies from tvN’s upcoming political thriller The K2, and if the actual drama looks as good as the character teasers do then it’s going to be a treat to watch. Starring Ji Chang Wook, Yoona, and Song Yoon Ah, the drama centers around a South Korean presidential candidate’s campaign and the people surrounding his rise to power, including an illegitimate daughter, a hired gun bodyguard, and a supremely ambitious politico wife. Ji Chang Wook has basically perfected the cool action hero presentation and Song Yoon Ah gave me good shivers for her determined facade, but it’s Yoona that’s surprisingly solid doing her turn as the Kim Tae Hee character type from Yongpal, which was also penned by The K2 scriptwriter. It’s the female lead that appears weak, Kim Tae Hee was in a coma and here Yoona’s character is a shut-in, but inside she’s all steely grit to survive. 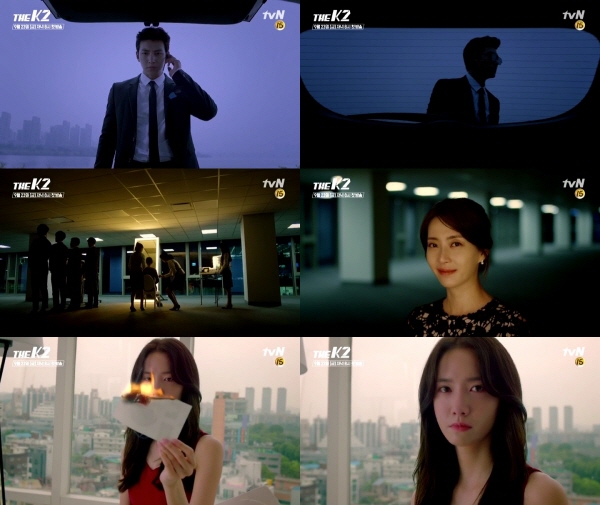 Character previews for The K2: