Landing a perfectly suited character must be the dream of every single aspiring actor or actress, those with lesser ability need every ounce of luck. I don’t begrudge this synergy if the result is a fun drama to watch and such was the cast with recently finished tvN drama Let’s Fight Ghost. I loved it so much it’s not even funny, it’s the one drama this summer that remained consistently good from beginning to end, and the same goes for the acting of both leads.

Kim So Hyun was steps above Taecyeon but each delivered the performance within their capabilities and did so in a way that meshed seamlessly with each other. He was the lunky ghost fighter and she the sassy ghost, and theirs was a match made in narrative heaven. Taecyeon’s newest CF for active wear hits at the right time for him, playing up his physical attributes like he’s about to go fight ghosts in a Gangnam zombie zone. 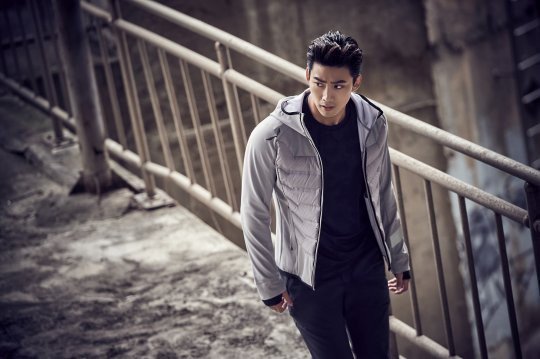