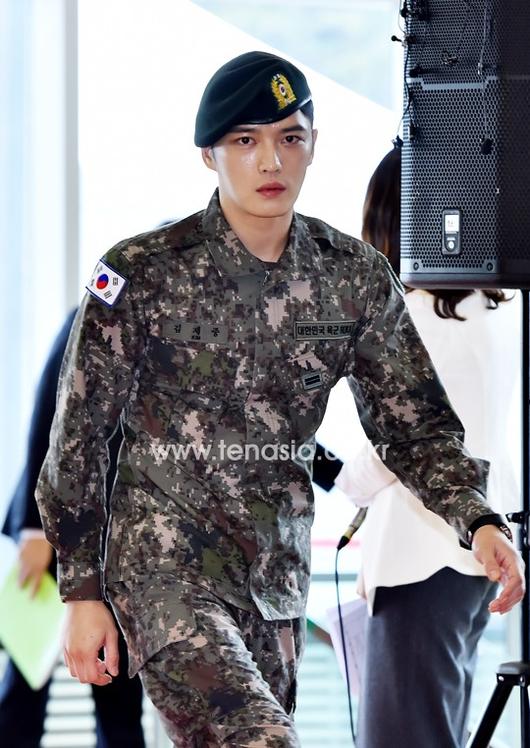 It’s been a relatively quiet year with military enlistments, other than Lee Seung Gi getting shipped off I haven’t been all that on top of the comings and goings. That’s why it was a surprise to hear that actor-singer Jaejoong is getting discharged in three months on December 30th. His agency released the confirmation this week and it was pretty low key considering his fellow JYJ member Yoochun who is also in military service has been embroiled in a huge legal mess for the last three months. Of course there’s no reason whatsoever to connect Jaejoong with Yoochun other than their being members of the same boy band, but obviously if Jaejoong is returning to entertainment activities after his discharge it will likely be in a solo capacity either releasing his own album or returning to acting which he was pretty focused on before his enlistment, doing K-drama Triangle and Spy in the same year.

I grew fonder towards Jaejoong in the years before his enlistment, his charming performance in Protect the Boss started it and he slipped in a few dramas before really improving in a consistent way with Triangle. If he picks acting as his firs post-military project I hope he picks off where he left off.