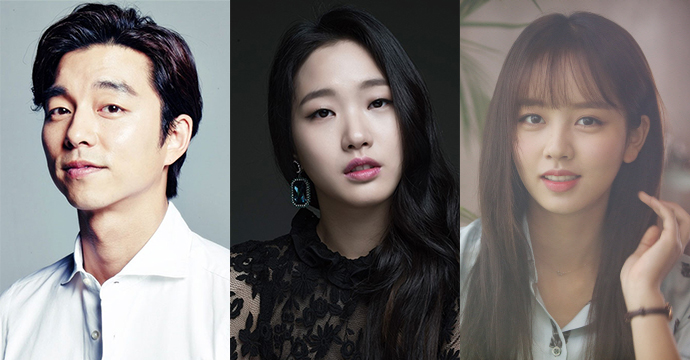 Young K-actress Kim So Hyun may have had a solid outing this summer with Let’s Fight Ghost, hands down my favorite fun and meaningful K-drama, but she’s certainly striking while the iron remains hot in scheduling her next role. It’s not a large part but the choice of doing this drama shows that Kim So Hyun is super savvy about her acting career exposure. Kim So Hyun will be joining the cast of upcoming tvN fantasy drama Goblin, playing the role of a queen in what is being billed as a special appearance.

Now she’s been a leading lady in her own right, I guess the days of being the child counterpart to the leading lady are over. This reminds me when Yoo Seung Ho played the heavenly king role in Arang and the Magistrate. It’s not how big the role is, it’s how memorable and the reach of the drama, and Goblin being Kim Eun Sook‘s next drama after Descendants of the Sun guarantees buzz and audience interest, all of which is a great use of Kim So Hyun’s time to play a special role with less crazy filming schedule but get the benefit of being in a highly anticipated production.

Filming has started on the drama headlining Gong Yoo, Kim Go Eun, Lee Dong Wook, and Yoo In Na, and even better if Kim So Hyun has scenes with Goblin supporting actor Yook Sung Jae, their chemistry and acting synergy in Who Are You: School 2015 was outstanding.