Mainland Chinese entertainment shows has evolved greatly from the tendency towards bombastic stage spectacles, but the love of shiny things remains a deeply rooted custom. This weekend is the Golden Eagle Awards, China’s television awards show equivalent of the Golden Bells over in Taiwan, and the flying eagle in recent years has been personified by the selection of one actress to be the Golden Eagle Goddess. It started six years ago with the Crystal Liu, who was followed by Li Xiao Lu, Wang Luo Dan, Liu Shi Shi, and last year’s Zhao Li Ying. This year’s Golden Eagle Lady is none other than omnipresent screen presence Tang Yan, who still has plenty of already filmed dramas in the bank still waiting to air in the coming months. The requirement is to start the show off dressed in the blingiest golden dress/costume, complete with grand gestures of pageantry. Check out the evolution of the six golden girls below. 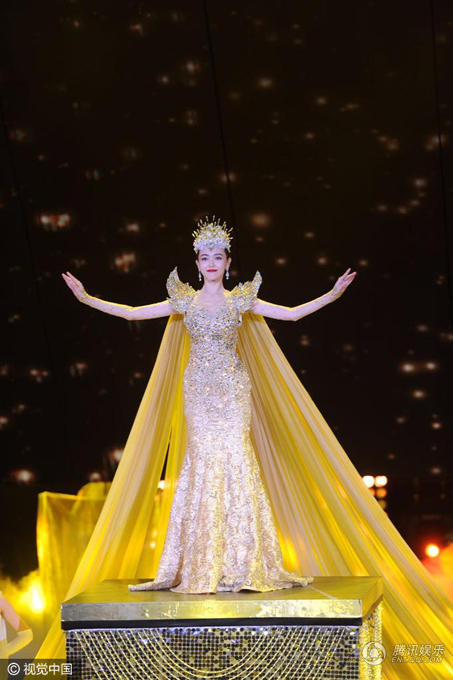