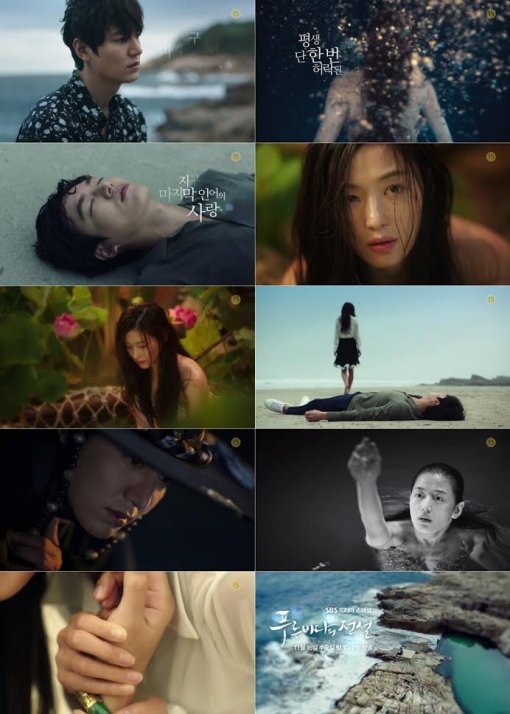 It’s here! After months of anticipation since the casting was announced, the first teaser has arrived for Legend of the Blue Sea pairing up Hallyu superstars Lee Min Ho and Jeon Ji Hyun. The first teaser is a veritable cornucopia of colors and quick cuts to whet the appetite. There are plenty of glimpses of Jeon Ji Hyun as the titular mermaid that anchors the legend of the blue sea, she’s seen swimming in the azure ocean depths and reaching longingly for her man. She also walks on two legs so clearly she can change forms on land and in sea, but whatever fate that entwines her with Lee Min Ho’s character is clearly full of angst. Whatever this drama has in store, expect plenty of gorgeousness from both leads and insanely beautiful seascapes.

Teaser for Legend of the Blue Sea: