Dusty remote out skirts of Los Angeles roadside motels don’t exactly conjure up the requisite postcard settings for a photo shoot, but then again Heirs managed to send leads Park Shin Hye and Lee Min Ho to one and make it an early bonding moment for the drama. Sending Park Shin Hye’s latest costar Kim Rae Won there after wrapping Doctors feels like a weird crossed lines moment especially since he acted opposite both Heirs leads in recent years, but at least he looks passably suitable when plopped randomly there. Kim Rae Won was in LA last month for this photo shoot in the coming issue of Marie Claire Korea, shedding the ever present Doctor smile for a more serious look like he’s contemplating inner turmoil that he’s not ready to deal with just yet. I’m curious whether he’ll stick with dramas as his next project or return to movies to tackle the grittier roles he’s now matured and progressed enough as an actor to deliver. 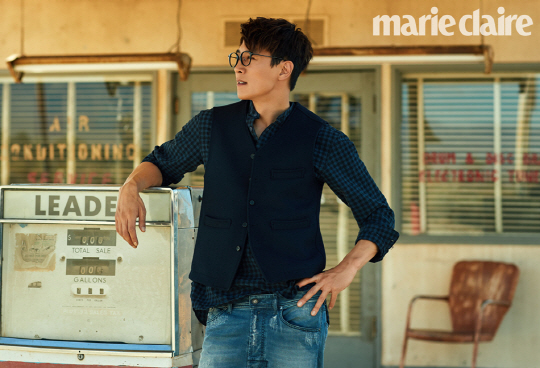