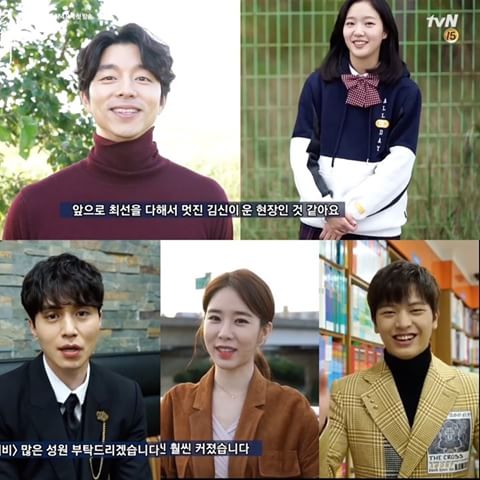 This is a fantastic treat for fans eager to check out fantasy drama Goblin in less than a month, tvN released a behind-the-scenes long preview showing the cast filming their first day on set. Leads Gong Yoo, Kim Go Eun, Yoo In Na, Lee Dong Wook, and Yook Sung Jae are all captured doing their first scenes and chatting amiably with the interviewer about their first impressions. Everyone is in a great mood and shared the same sentiment that cast and crew got along well and there is lots of interesting things to look forward to in this drama. This drama keeps getting mentioned alongside SBS‘s fantasy mermaid tale Legend of the Blue Sea with Lee Min Ho and Jeon Ji Hyun but the two highly anticipated dramas will not be in direct competition. Goblin airs on Fri-Sat while Legend is a prime time drama in the Wed-Thurs slot. Plenty of love for both going around, at least from me.