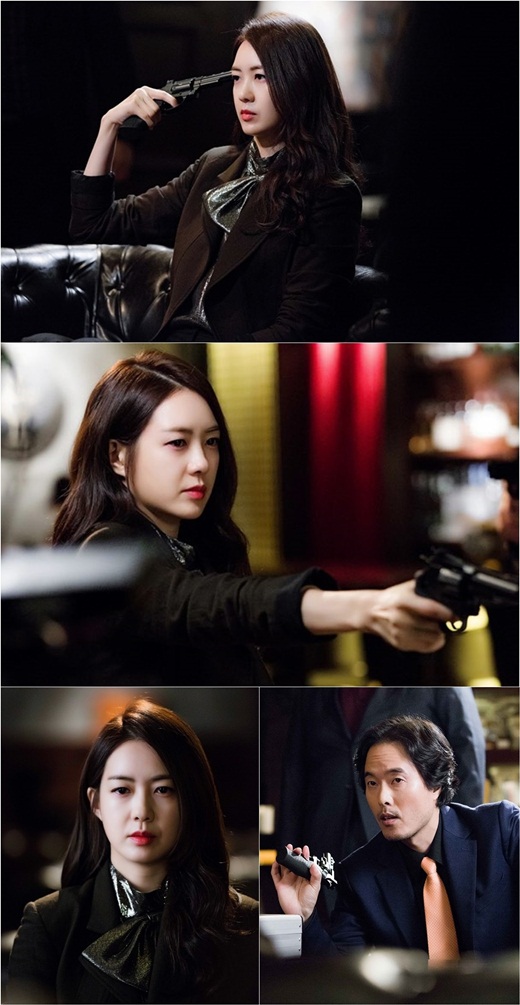 I think Lee Yo Won may hog the spotlight in upcoming MBC Mon-Tues drama Night Light (Illumination), but then no one will mind because she’s doing it not on buzz but on substance. Sure there are the other two leads Jin Goo and UEE, but neither suck the air out of the screen when they appear the way Lee Yo Won is bringing it in her alpha female power player role. There’s shades of Choi Ji Woo in Temptation, which was all sorts of messed up in concept and writing, but which actress wouldn’t want a chance to dig into a meaty role of the active puppet master rather than always being reactive. The latest drama still showing Lee Yo Won holding a gun to her head like those HK movie gangsters do makes me lub her more for her take no prisoners girl boss ways.