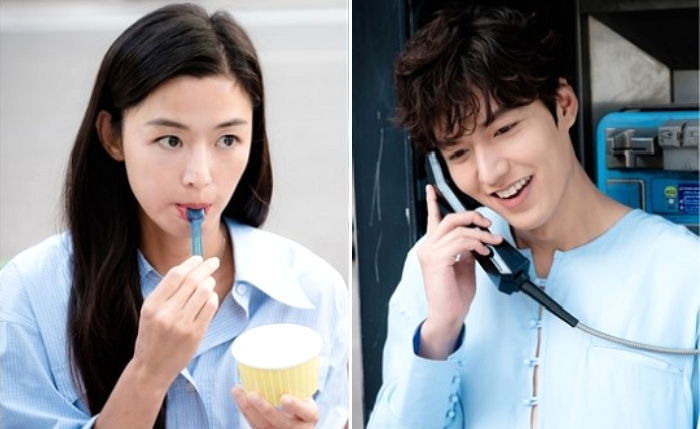 I’m not even surprised anymore when a drama becomes a hit and immediately encounters some sort of backlash. I do think this one may have some merit solely resting on the shoulders of the screenwriter. Netizens are buzzing about potential plagiarism issues with SBS drama Legend of the Blue Sea, and how valid it is depends on the degree of direct copying versus taking inspiration from. Legend is being accused on borrowing a visual plot device from hit British show Sherlock, that of Lee Min Ho sizing up a person with their vitals being shown on screen as text bubbles.

Secondly is the plagiarism allegation that Jeon Ji Hyun‘s mermaid acting like the mermaid female lead in the iconic mermaid movie Splash – devouring food by hand, not knowing traffic signals, and learning to speak by watching television shows. These are similarities for sure but takes on an additional significance because screenwriter Park Ji Eun’s last big hit You From Another Star was also accused of plagiarizing the opening title sequence from US show New Amsterdam. Take it for what you will, some may be bothered while other viewers less concerned with patrolling the lanes.