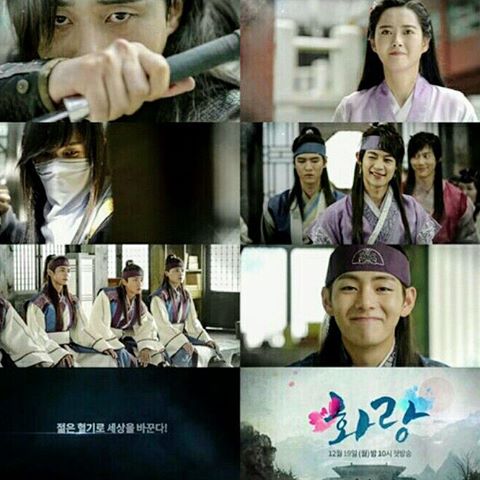 It’s December which means KBS is mere weeks away from premiering its flower boy sageuk Hwarang in the Mon-Tues time slot. The network hit a homerun this year already with youth romance sageuk Moonlight Drawn by Clouds but this one is different from tone to narrative conceit. Hwarang’s just released second preview makes it seem like a Shilla era army training drama, putting the male leads in cohabitation and warrior training shenanigans complete with sleeping and showering together. It doesn’t even seen homoerotic, more boys being idiots together. The ridiculous hairstyles look less awkward when the male leads are in motion rather than doing the mannequin challenge for poster shooting.